Rewind: How Some of UK’s Biggest Retail Websites Looked a Decade Ago

Rewind: How Some of UK’s Biggest Retail Websites Looked a Decade Ago

One of the (many!) reasons we really don’t like rigid template driven design is the pace at which web design moves. It doesn’t take long for a relatively new site to begin to look dated, does it? And if you’re stuck on a rigid template, it’s no small task to keep up to speed.

But just how much has ecommerce web design changed in the last decade? To find out, we rewound some of the UK’s biggest retail websites (using the Wayback Machine) to see how much they’ve changed in the ten years since 2007.

We can’t start this rewind without a peek at the ecommerce powerhouse that is Amazon.

Your Amazon homepage today will be incredibly personalised to you, based on your browsing and purchase history. And there’s a ton of homepage space dedicated to Amazon pushing its Echo device and its Prime Service.

As for the menu? Well, these days it doesn’t get much space! There’s a small “Shop by Department,” drop down at the top left for those looking to browse.

Amazon’s Homepage as of September 2017

Pride of place is reserved for the search box, given the fact that so many millions of users essentially use Amazon as a product search engine today.

Rewind 10 years and the department navigation was a lot more prominent.

Amazon’s homepage as of October 2007

The position of the basket is pretty consistent. But where’s the search bar?

Arguably the best known online fashion retailer, Asos in 2017 has a lot in common with Amazon in terms of its homepage design.

There’s the prominent search bar, its own free delivery subscription plan and a marketplace for 3rd party sellers too. And much like Amazon, ASOS doesn’t use up a great deal of space on its main product navigation, opting instead for a simple “Men,” or “Women,” option that users can hover over should they wish to browse.

Rewind a decade though and the ASOS homepage looked more like the digital cover of a fashion magazine than an ecommerce site homepage:

Today’s Debenhams.com homepage is a clean, white background page. Unlike Asos and Amazon, Debenhams still has a much bigger visible navigation menu across the top. More in keeping with the two previously mentioned sites, it too gives the search bar a prominent position.

Rewind ten years and you’ll find a homepage with much clunkier feeling “blocky” design where the main focus of the page is navigation to categories.

Today’s Ebay.co.uk homepage is personalised based on what you’ve previously viewed and has a prominent search bar in common with so many other retailers.

Back in December 2007, the logo was different, the site sported a large left hand sidebar navigation menu and a space where personalised recommendations would feature if you were signed in.

Rewind a decade, however, to April 2007 and it was a different story. The site’s homepage looked more like a local directory website than an online shop, with a number of text links in place to get people around the site. The logo has had a fresh new look since then too!

It’s entertaining to look back at big name brand websites from a decade ago and chuckle at what was. But will the clean, “modern,” and simple ecommerce design of today look just as clunky and dated a decade from now? 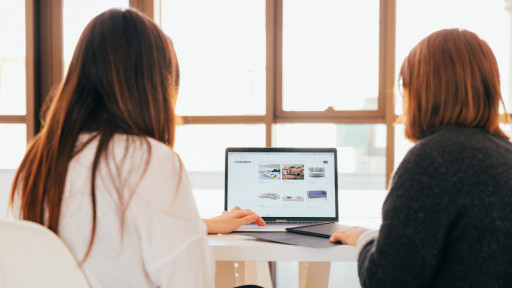